Ken Palko, President and CEO, commented:  "We were pleased to report another record gross profit per ton in the quarter which again demonstrates the Company's continuing margin expansion. The strong financial performance this quarter was driven by increased average selling prices and reduced unit costs, together with the benefit of a favourable Canadian dollar exchange rate. The combination of these factors produced our best quarterly financial results to date including adjusted EBITDA of $2.0 million, or $2.80 per ton, compared with $688,000, or $0.67 per ton last year for the same quarter. The sales volume in the third quarter was a reflection of the time required to effect positive changes to product distribution following the disruption reported in the second quarter, and not a reflection of a change in the markets. Sales improved in the third quarter of 2015 when compared to the first two quarters of the year, as the Company's Strategic Alliance Partner introduced a new supply chain management initiative. It is pleasing to report that sales in October 2015 have further increased to meet original budget expectations and that construction activity remains relatively robust in northern California.  We were also pleased to see the House of Representatives pass the Surface Transportation and Reauthorization and Reform Act earlier this month, contributing to a very positive outlook for US construction activity."

Aggregate sales for the quarter were 730,000 tons, a 29% decrease when compared with the third quarter of 2014.  Revenue for the three months ended September 30, 2015 decreased by 23% to $10.4 million compared with the revenue of $13.4 million for the three months ended September 30, 2014.  Despite lower than expected volumes, current quarter revenue benefited from an increased proportion of sales delivered to San Francisco, as opposed to those sold ex-quarry, and from selling price increases compared to the third quarter of 2014.  The average selling price during the third quarter of $14.24/ST increased by $1.23/ST over the same period in 2014.  When compared with 2014, price variance for the quarter was a favorable 5% due to price increases.  A favorable sales mix variance of 2% was due to increased sales to customers with delivered pricing.

Cost of goods sold per ton for the current quarter decreased by $0.21 per ton to $12.11 compared to the cost of goods sold per ton for the same period in 2014 of $12.31.  Somewhat higher delivery costs due to increased sales mix to customers that include freight were partially offset by the declining Canadian dollar, as quarry costs are incurred in Canadian dollars and translated into US dollars for reporting purposes. Gross profit for the third quarter improved significantly over the prior year.  Gross profit was $1.6 million or $2.13/ST in the third quarter or more than triple the $0.70/ST achieved in the third quarter of 2014, which represented the highest quarterly gross profit and gross profit per ton recorded by the Company.   Gross profit improved by $0.8 million or 116% over the prior year comparative of $0.7 million.    The Company continues to focus on margin expansion through pricing and cost control.

Current quarter selling, general and administrative ("SG&A") expenses of $1.3 million, decreased 39%, compared with $2.1 million during the same quarter in 2014.  The decrease is principally due to lower share-based employee benefits, a non-cash charge.  Total SG&A during the quarter was 12.3% of sales compared to 15.7% of sales during the same quarter in 2014.   Additionally, the Company recorded a foreign exchange gain of $1.1 million on US dollar receivables held by its Canadian subsidiary, Orca Sand & Gravel Limited Partnership.

This financial summary should be read in conjunction with the Company's September 30, 2015, Consolidated Interim Financial Statements and the corresponding Management's Discussion and Analysis, both of which are available on the Company's website and at www.sedar.com.

The Company will host a conference call on Wednesday, November 11th, 2015 at 8:00 am Pacific Time (11:00am Eastern).  Details to access the call live are as follows:

Polaris Materials Corporation is exclusively focused on the development of quarries and the production of construction aggregates in British Columbia for marine transportation to urban markets on the west coast of North America to meet local supply deficits. In 2007, Polaris began shipping sand and gravel from the Orca Quarry to San Francisco Bay, Vancouver, BC and Hawaii.

EBITDA, adjusted EBITDA, EBITDA per share and adjusted EBITDA per share ("EBITDA Metrics") are non-IFRS financial measures.  EBITDA and EBITDA per share represent net income, excluding income tax expense, interest expense and amortization and accretion.  Adjusted EBITDA and adjusted EBITDA per share better reflects the underlying business performance of the Company by removing certain non-cash adjustments from its calculation of EBITDA and EBITDA per share.  The Company believes that the EBITDA Metrics trends are valuable indicators of whether its operations are generating sufficient operating cash flow to fund working capital needs and to fund capital expenditures.  The EBITDA Metrics are intended to provide additional information, do not have any standardized meaning prescribed by IFRS and therefore unlikely to be comparable to similar measures presented by other issuers and should not be considered in isolation or as a substitute for measures of performance prepared in accordance with IFRS.  These measures are not necessarily indicative of operating profit or cash flow from operations as determined under IFRS. 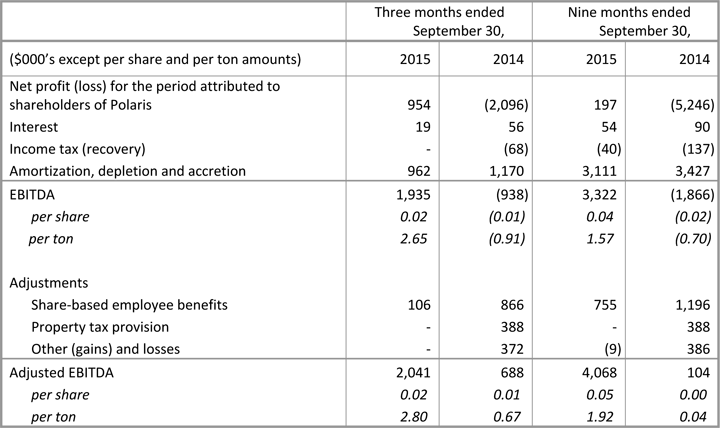 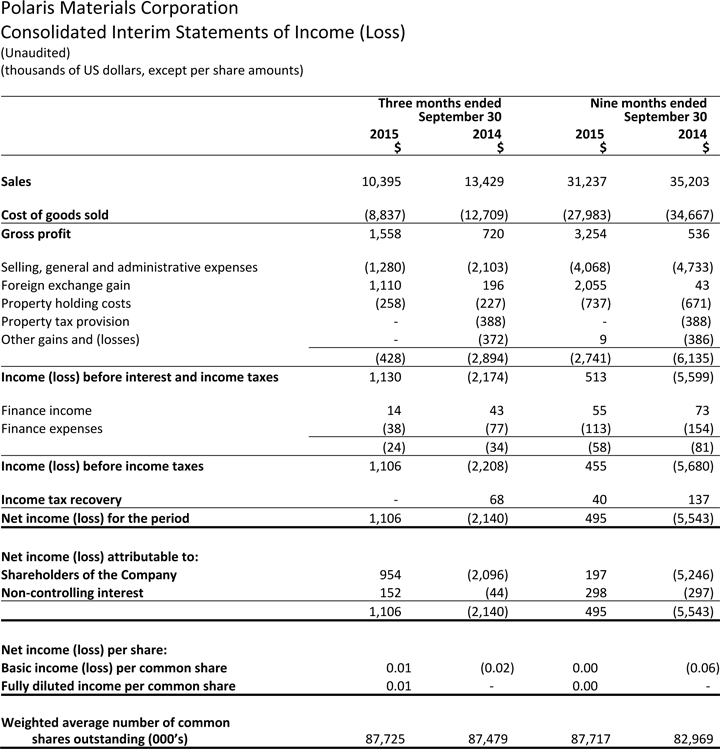 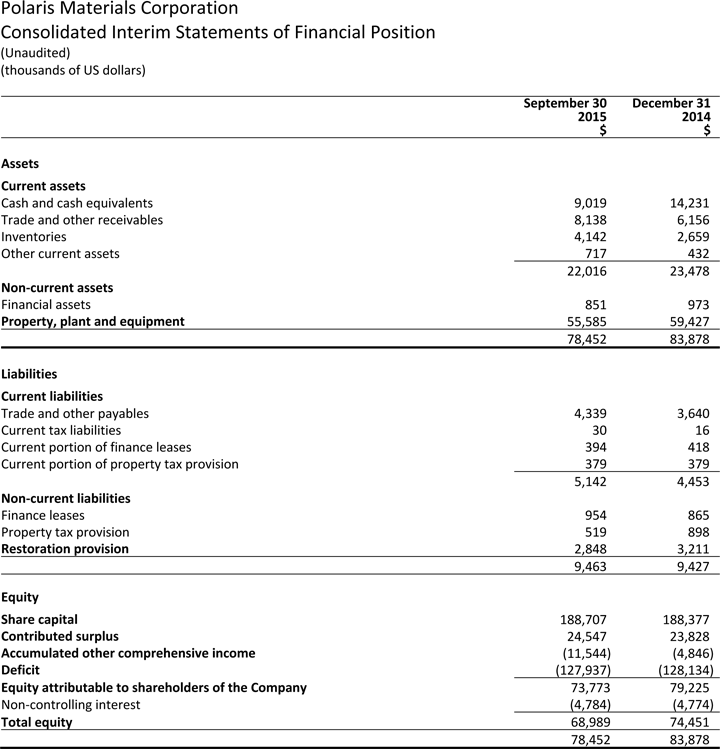 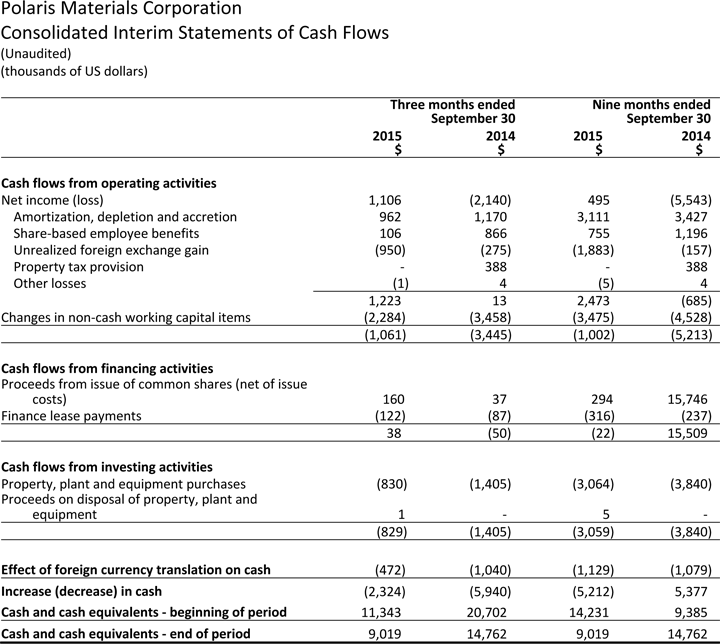